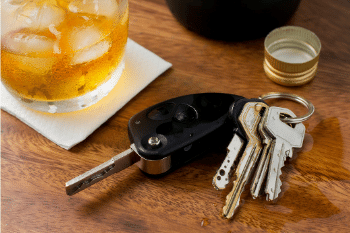 Whether you live in Ohio or you’re just driving through, you must comply with the state’s stringent drug and alcohol driving laws. Like all other states, Ohio structures its laws to deter drivers from drinking or doing drugs. The statutes include a graduated system of penalties for those who fail to comply. As each state uses unique terminology and acronyms, the laws often seem ambiguous and somewhat confusing. When you examine OVI vs DUI laws, you find that, although states have different methods, they all have the same core goal. They want to stop drivers from drinking and doing drugs before they cause an accident.

Every few years the Ohio Legislature incorporates relevant updates into Ohio’s alcohol and drug-influenced driving code. If you scroll to the bottom of ORC 4511.19 “Operating vehicle under the influence of alcohol or drugs,” you’ll notice a chronology of amendments that document these periodic changes. You’ll also notice that Ohio isn’t hesitant about implementing stricter OVI guidelines. Some changes are subtle. Others demonstrate a clear shift away from traditional DUI laws.

OVI vs DUI? The Goal is the Same

State drunk and drugged driving laws seek to reduce the number of drunk driving accidents. That’s a critical goal considering nationwide DUI accident statistics. The National Highway Transportation Administration’s most recent nationwide calculations document 10,511 alcohol-related fatalities. These include alcohol-related accidents only, and only those where drivers had a .08%+ blood alcohol concentration. In Ohio, 294 drivers with a .08%+ BAC were involved in fatal accidents. Law enforcement agencies understand that drugs are also a factor, but some don’t have the tools to confirm drug-related crashes.

NHTSA has found that high visibility enforcement and consistent criminal prosecution are the strongest deterrents to driving while under the influence. The Ohio legislature is assisting law enforcement authorities to comply with these goals. They have eliminated the confusion of multiple legal designations and provided consistent prosecution standards.

Drivers Age 21 or over

Physical Control of a Vehicle

Ohio’s OVI laws also address a driver’s actions before they start their car or enter the road. Under ORC 4511.194, a person is operating a vehicle under the influence when they have physical control over a vehicle. This includes sitting behind the wheel of a parked vehicle. The statute follows the state’s OVI blood, serum, plasma, and urine guidelines for determining violations.

Ohio’s Implied Consent is similar to other states’ DUI implied consent laws. If you drive a vehicle in the state, you are deemed to have given your consent to an alcohol or drug test. If you refuse, the officer has the right to take your license immediately.

Penalties for an Ohio OVI Conviction

When comparing Ohio’s OVI penalties versus those in other states, you’ll find that they are largely consistent. Like other states, Ohio has a graduated penalty system. Penalties are higher for drivers who test at alcohol levels .17% BAC, .204% blood serum or plasma, .17g Breath, or .238g Urine. For each subsequent conviction, a person receives a harsher penalty. Court-imposed punishments usually include fines, jail time, license suspension, optional alcohol or drug treatment, and ignition interlock device. Ohio also has a few non-traditional punishments.

Ohio makes it difficult to avoid OVI arrests, but a conviction isn’t always the inevitable outcome. OVI attorneys frequently work with people who have been charged with OVI offenses. They consult with you and can begin your defense as soon as you call. OVI attorneys understand that you may have several viable defense options.

If an Ohio law enforcement officer has charged you with a DUI/OVI crime, you should never enter the courtroom alone. Ohio designed its OVI alcohol and drug laws to be strict and punishing. Understanding the difference of OVI vs DUI is only the tip of the iceberg of knowledge you need. If a court finds you guilty, the consequences can disrupt your day-to-day life and alter your future. An OVI attorney works closely with you to determine the best course of action for resolving your case. Contact us right away to discuss your case.